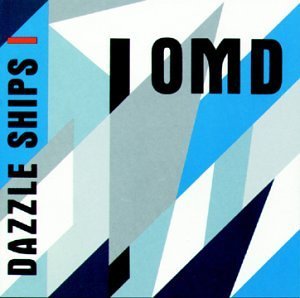 This week I’ve been spending time finding out about some of the bands I used to like when I was in my early teens. This research has led to both happy memories and good news.

First of all I went searching for OMD, uber-synth group that started off producing brilliant albums, until 3 of the four members left, leaving OMD releasing pop-pap. I wasn’t expecting much, but became pleasantly surprised to find out that all the original band-members have reformed, and are in the midst of doing a new album. Better yet, that they are doing gigs of their old albums.

Next, probably the first group I really got into, Darts. A nine piece Sho-Wop band, Darts were together for as many years, and spent, totalled, 117 weeks in the British charts. To put it in perspective, they had more UK hits than Rock ‘n’ Roll greats, Chuck Berry, Jerry Lee Lewis, Eddie Cochran, Fats Domino or Carl Perkins.

I’ve tried to find out information about Darts for a while now, having only a couple of CD’s of theirs to listen to, when I found out today, via a fan site, that they are actually doing a couple of gigs (minus a few members) at the end of the year. It means nothing that their choice of venues include Butlin’s; I’d love to go and see them again anywhere. Also, a DVD of a live concert is available from Cherry Red Records, and a documentary about them is being made.

Suffice to say, I have a few early entries to my Christmas list after scouring the Darts site, including an album I never knew they released. Happy days are here again.